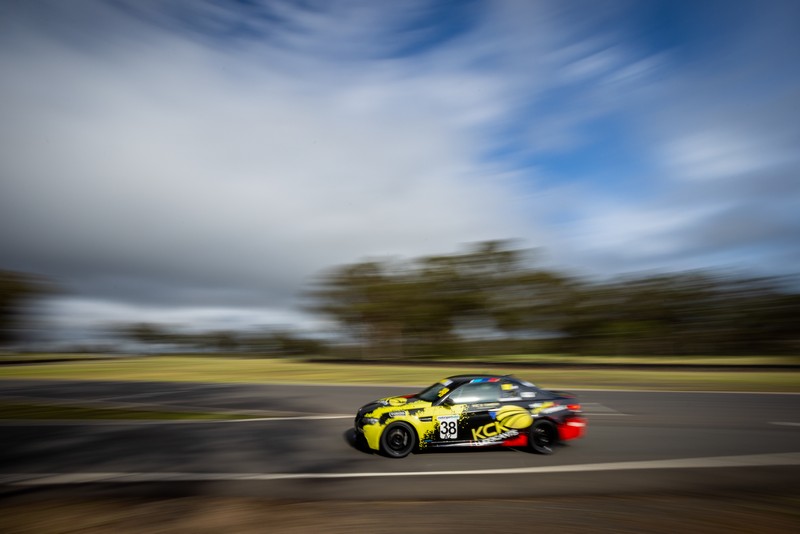 Posted at 10:58h in Motor, racing by news@ausprodcars.com.au

When the 2022 Australian Production Cars season kicks off at Sydney Motorsport Park this weekend, it will do so with a number of new faces taking part.

One of those newcomers is accomplished steerer Ben Gersekowski, contesting class A2 with the KCK Lubricants/Vic’s Timber 2008 BMW M3.

The 29-year-old Queenslander has been racing since he was 14, and had been enjoying an international racing career until the COVID-19 pandemic brought his ability to travel to a halt.

With the racing bug unable to be ignored, Gersekowski turned his attention to local production car racing and is now excited to be dipping his toe into the national-level APC.

“I started out doing local short circuit motorsport events with my dad, before progressing into Queensland Formula Ford in 2009, and I won the series that year. We then progressed to Australian Formula 3 for 2010 through 2013, coming second in the championship in 2014, and in 2015 took out a Bathurst 12 Hour win with MARC Cars Australia in Class I.

“That event opened up some opportunities for 12 hour and 24-hour CRENVENTIC series races with the MARC guys, including a win at the Dunlop 24 Hour race at Silverstone in Class 2.

“After doing a lot of work on more international racing opportunities, I eventually was able to join a German Lamborghini Super Trofeo team who after inviting me for a test welcomed me to race with them for three years – one in Europe and two in Asia – before I was selected as part of the Lamborghini Squadra Corse Junior program for 2016 to 2019.

“In 2019 I moved into the Italian GT3 series with Lamborghini and that was all going well, but then as we all know, COVID-19 hit and that put a stop to all overseas racing opportunities and left us on the sidelines.

“Racing is part of my DNA, I love it, so I had to do something – I had the chance to run a Queensland production car event at the start of 2021 with Wade Scott in a Mitsubishi Lancer and that piqued our interest in production car racing.

“When at the start of 2021 a BMW M3 became available, we decided to purchase that and have been competing in the Queensland series so far, but we are excited now to try the national series.”

With such a love for endurance racing, Gerkowski says the APC is a perfect next step for his Australian racing exploits.

“Being away from the Australian motorsport scene for a number of years, I didn’t realise how much production car racing had been growing,” he said.

“It is a really cost effective way of going motor racing, as you have the initial outlay of the car and then from there, as long as you keep the maintenance up and don’t have any major accidents, it is just tyres and fuel – we really like that.

“And of course, I love endurance racing, so to find a category like the APC that has a endurance focus is a big bonus as well.”

Gersekowski is looking forward to this weekend’s season opener, even if he isn’t setting high expectations for himself.

“I raced at Sydney Motorsport Park a number of years ago in Formula 3 and I really like the track, I haven’t been there since 2014 so it will be good to go back there, we have had success there in the past,” he said.

“It will be a different experience for sure in a production car, but we have no big expectations, we will just be giving it a go for our first national race and seeing how we go.

“So far, we have committed to this weekend, the Queensland Raceway round, and the Bathurst International, but we will see how the year progresses as to whether we add more events to the calendar.

“In the meantime, I want to say thank you to Matt and Donna Gilmour from KCK Lubricants who are helping with the transport, maintenance and servicing of the car, without their help none of this would be possible.

“I also want to thank my dad, the family business Vic’s Timber, and the whole family for all of their support and for just helping me to keep my passion alive.”

The series will provide a mix of endurance formats from 30-minute races to one-hour races to 300km events across the five rounds; with competitors able to compete on their choice of tyre from a nominated tyre panel featuring Hankook, Dunlop, MRF Tyres and Yokohama.

Image thanks to MTR Images